Adorable bungalow inside the beltline ready for you to create your own kitchen and enjoy a large closed in back deck. this 3 bed rm 1.5 bath home has new carpet in bed r...

Incredible opportunity in The Pointe at Falls Lake! Bring your vision and make this one into your dream home! Beautiful two story home featuring two car garage, screened ... 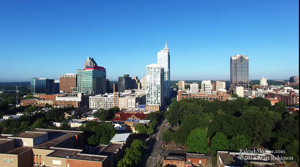 As home to 10 traditional universities and colleges and numerous satellite campuses and for-profit institutions of higher education, the Raleigh area is unusually rich in educational opportunities.

All of these N.C. universities are within a 45-minute commute of each other and from The Research Triangle Park, one of the nation's largest and most prestigious R&D business parks (located in Durham and Wake counties).

Raleigh and the Research Triangle Park area consistently rank among the nation's best economies year after year. Unemployment remains low and per capita income remains high. Wake County's biggest industries—government, education, and healthcare—are virtually recession proof. Although the region has felt some of the pinch of the nation's economic slowdown, many factors point to Raleigh's continued fiscal health.

Numerous high-technology and medical corporations have been attracted to the Raleigh-Durham area because of the outstanding educational and research facilities at area universities, such as North Carolina State University, which is home to the nation's tenth largest school of engineering, Duke University, and the University of North Carolina-Chapel Hill.

Nearby Research Triangle Park is one of the leading centers for high-technology research and development in the country. Roughly 140 corporate, academic, and government agencies in the Park employ more than 38,500 (plus 5,000 additional contract employees) workers and provide an annual payroll in excess of $2 billion.

With excellent road, rail, and air transportation systems, and easier access to the deepwater port at Wilmington as a result of the completion of I-40, Raleigh is a growing distribution center.

Need To Sell You Home First?